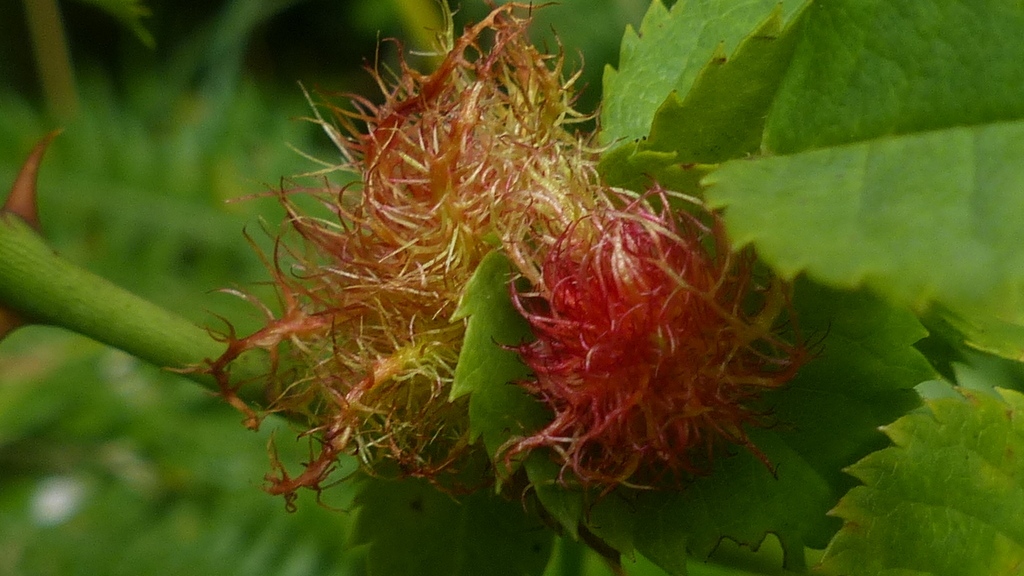 This is a gall formed on wild roses by the gall wasp Diplolepis rosae. It is most common on Dog and Field Roses.

The name Bedeguar comes from a Persian word “bad-awar,” meaning “wind brought.” It is not brought by the wind a female gall wasp lays about 60 eggs into a leaf bud and the gall develops from there.

Another name is Robin’s Pincushion, the Robin in question being Robin Goodfellow a mischievous wood sprite otherwise known as Puck.

It is also sometimes referred to as a Moss Gall due to it’s moss like appearance. 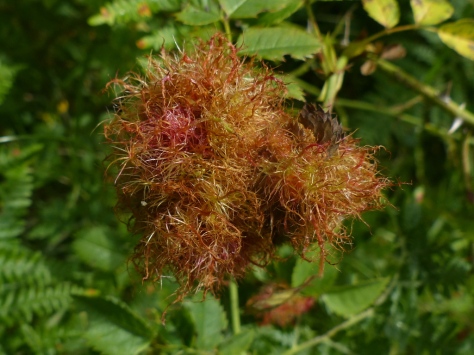 Adult wasps emerge from the gall in May. Nearly all of the adults are female with less than 1% being male. Males are not necessary for reproduction. The female is capable of asexual reproduction which means that the embryos develop in unfertilized eggs.

The eggs hatch within a week and the larvae start to eat the leaf bud.

Nobody knows why but when the larvae start to eat the bud this stimulates the plant to produce enlarged cells around the feeding larvae and it is this action that creates the gall.

The larvae grows inside the gall and goes through five instars (It sheds its skin four times) before October when it ceases to feed and enters a stage known as prepupal. It will overwinter in this state and in February or March it will moult once more and become a pupa. 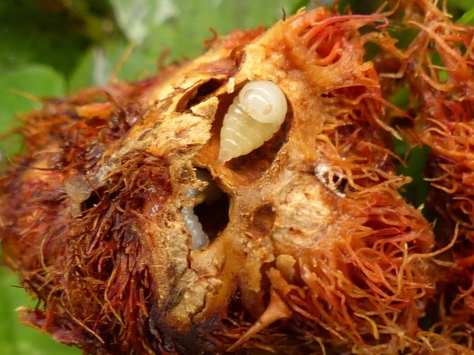 In May the adult wasps will dig their way out of the gall. The dried remains of the gall can stay on the rose for another year or longer. 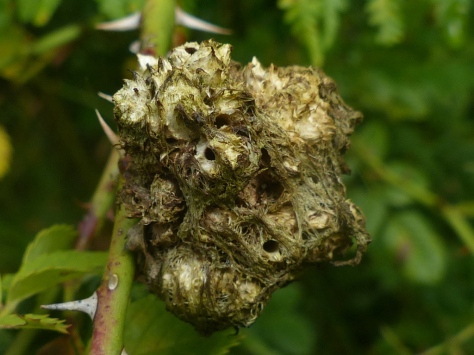 The Taxonomy relates to the insect. The Gall doesn’t have it’s own taxonomy it is just a product of a gall wasp and a wild rose.

Back to the Dog Rose

Back to the Field Rose