“Pretty Forever” you may know it as a Lawn Daisy. The common name Daisy is a corruption of “Day’s Eye” and is a reference to the way that the flower closes at night and opens in the Day. 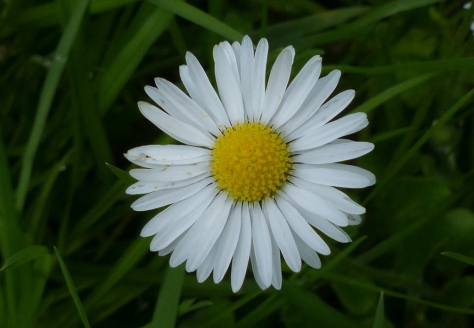 Native to the UK and Europe it is widely naturalised in most temperate climates including the Americas and Australia.

Flowering time is often given as from May to September but here in the UK it is one of those flowers that can be found at any time of the year when it is reasonably mild. I will put it down as February to November but do not be too surprised to see it outside of that season. There are many more flowers in the warm summer months. 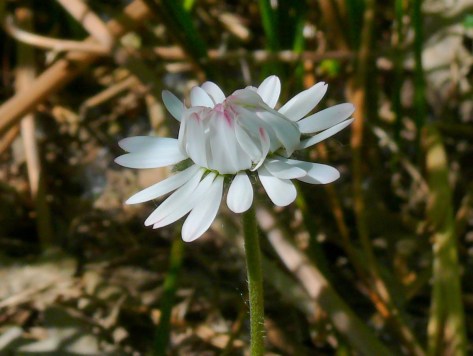 There are many flowers that look like Daisies so how do you recognise Bells perennis?

It is the only UK “Daisy” with a leafless flower stem.

The leaves are all at the base of the flower. They are spoon shaped, sometimes round and they are slightly toothed.

Behind the flower head are the bracts. These serve to enclose and protect the developing buds.

Now we come to the difficult bit to explain.

Starting with the petals, how can a single petal be a flower?

I have done a sketch to try to explain. Each petal is a whole flower, the petal itself is the corolla, a name we use when the petals of a flower are fused together. At the base of the corolla there is an ovary, where the seed will develop and coming out of the ovary are the stigma, the female parts that collect pollen. A Daisy’s ray floret is a female flower. 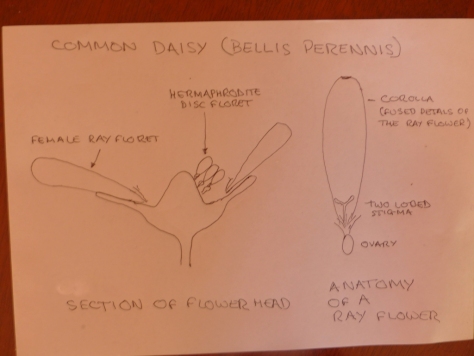 If you look closely at this next photograph you will be able to see the stigma of the ray floret at the base of each petal. (Click to enlarge)

The yellow disc florets in the centre are hermaphrodite, they have both male (anthers) and female (Stigma) parts. This time the corolla is fused into a tube that surrounds each little flower.

The disc flowers open from the outside first and the youngest flowers are in the centre. 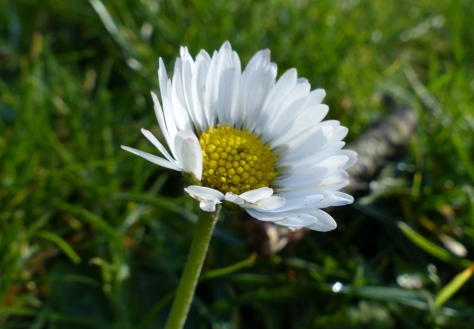 Many of our common wildflowers are like this. They are members of the Asteraceae family, sometimes called the Composite family Sunflowers are composed in a similar way to a Daisy but other members of the family like Dandelions and Thistles are missing the disc florets and only have ray florets. Common Groundsel only has disc florets. 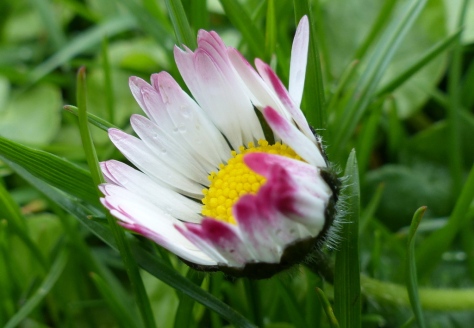 Back to white Wildflowers